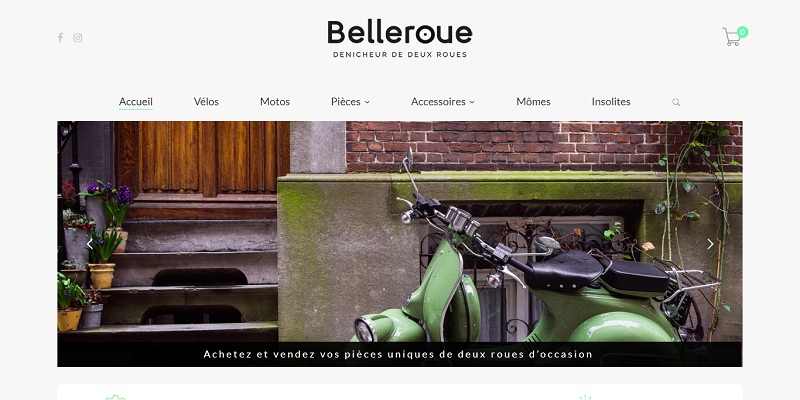 Belleroue has a Marketplace that allows people to sell their products (bicycles, motorbikes and accessories …)

This Marketplace is powered by Dokan Pro which is among the best multi-vendor Plugins for WordPress.

In order to achieve its goals and have a site that meets these expectations, we have made several customizations and improvements on this Marketplace.

We have also solved various problems declared by Belleroue.

After our intervention, the client was very satisfied with the work done. This you can see in the notice page.